So Sunny got 3 weeks off after our last event. Usually I give her more, but I frankly have been going NUTS sitting at home after work and I didn't know what to do with myself, so I figured I'd better start riding again! Plus I don't want Sunny to lose any muscle if I can help it, she is actually sort of getting a topline finally and doesn't have a huge dip in front of her withers anymore, so I'd like to hold onto as much of that as I can over the winter, haha.

I went out and rode Saturday morning, expecting a bit of a rodeo, but Sunny was actually really good. Sunday Kris came out and took some photos of me riding, which was awesome since I've got lots of event and clinic pics this year, but I don't have any of just schooling. We just had a short ride, I didn't push for too much, but I was fairly happy with it since she was pretty relaxed overall and that is our biggest hurdle. Sunny is tons better on the flat than she was in the spring, we still have a LOT of work and things to improve on, but if we keep making progress like this we are going to ROCK IT next year:D

Constructive criticism always welcome! I have been working a TON my own position as well lately and I am still seeing a bazillion things in these photos that make me cringe, so I'd love to hear what others say too:) Our best canter work was when I was wearing my sweater at the beginning of the ride! I couldn't believe how far Sunny is splitting her hind legs and stepping under herself in the canter, she NEVER has cantered like that before!! She just used to kind of bunny hop with her hind end with both hind feet like a foot apart, so you guys really have NO IDEA how friggin excited I am to finally see her doing it more correctly!! :D 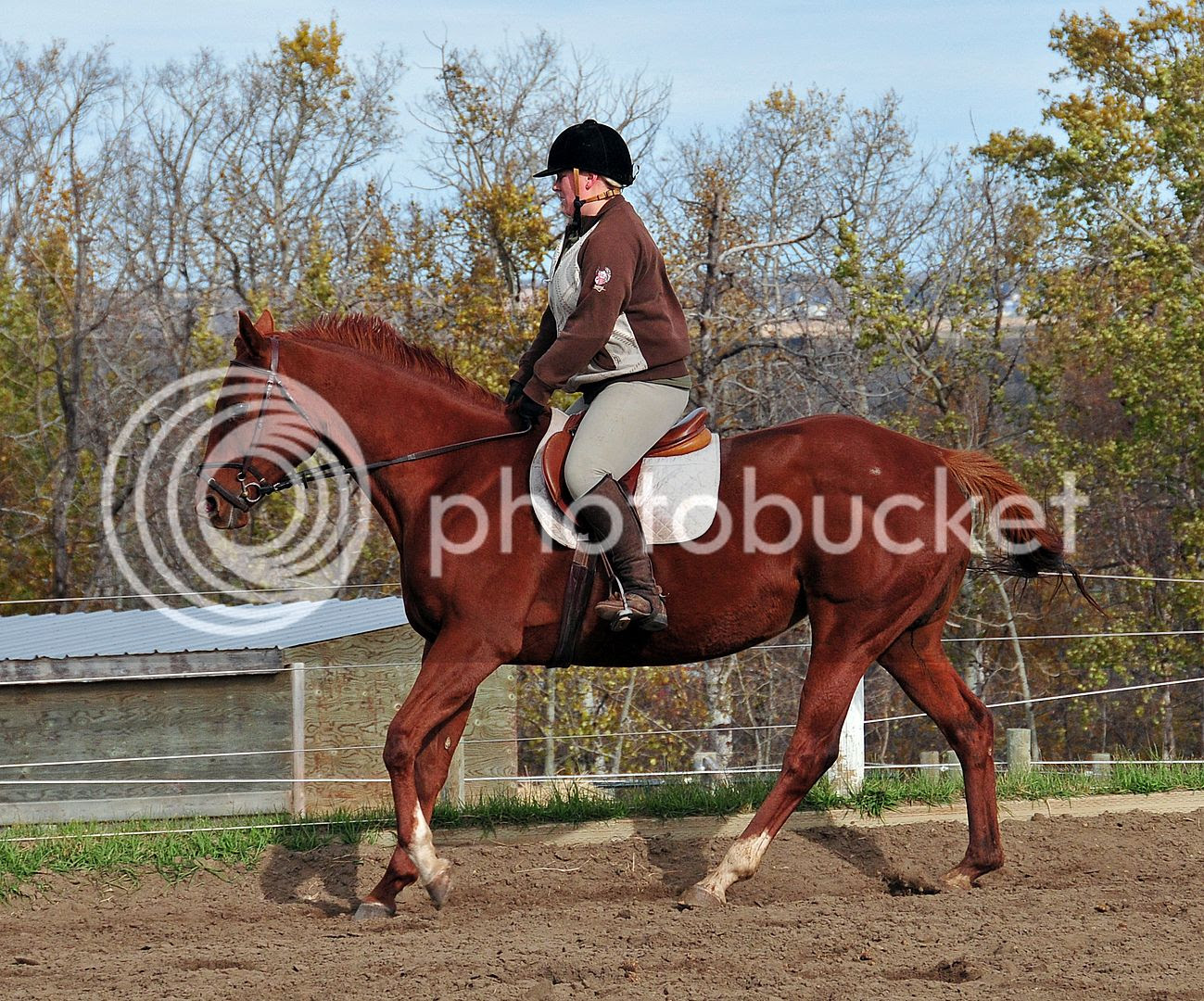 Please ignore my half chap malfunction!! I seriously rode the whole time with it like that, I am so confused how I did NOT EVEN NOTICE IT!! Lol. And Kris didn't notice it either, silly boy;) 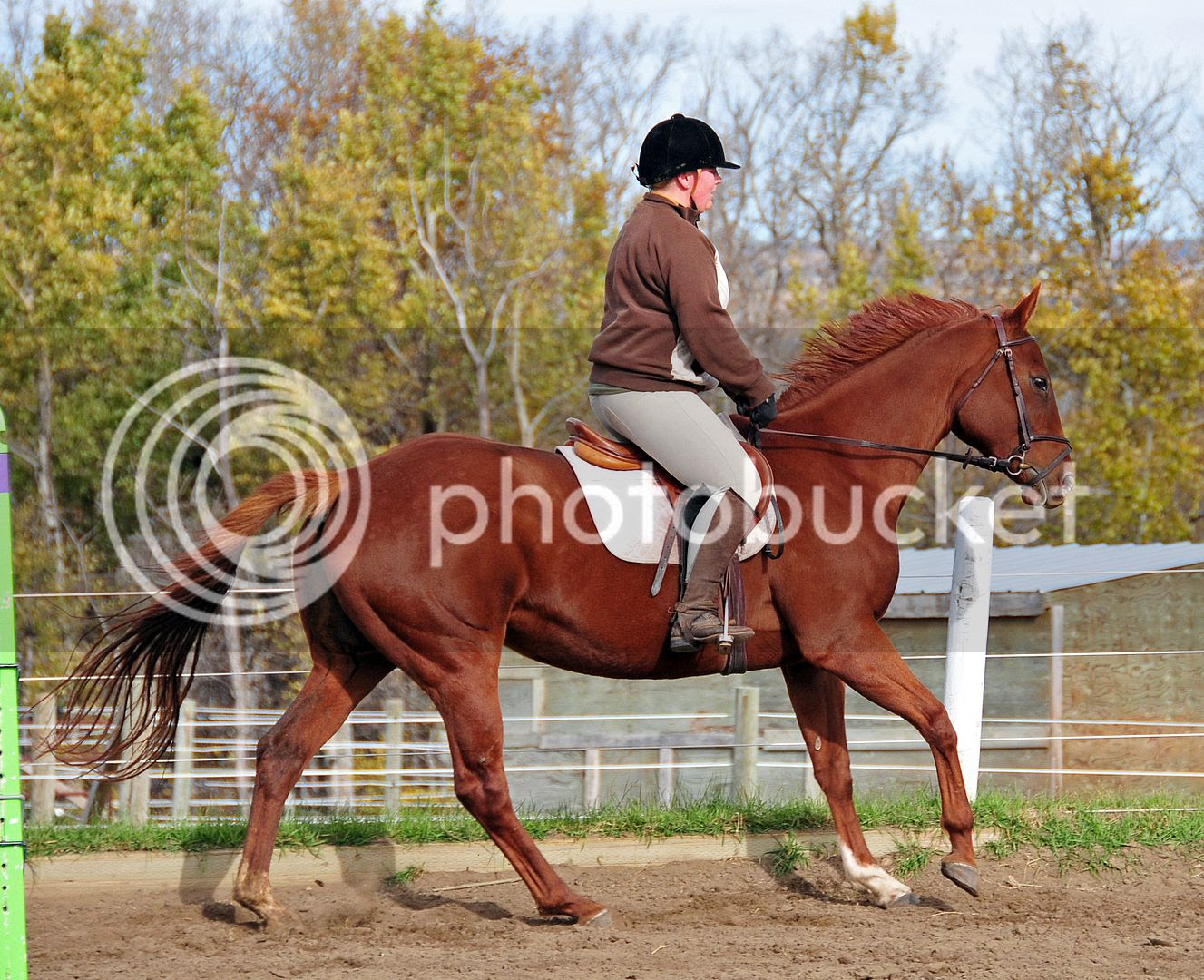 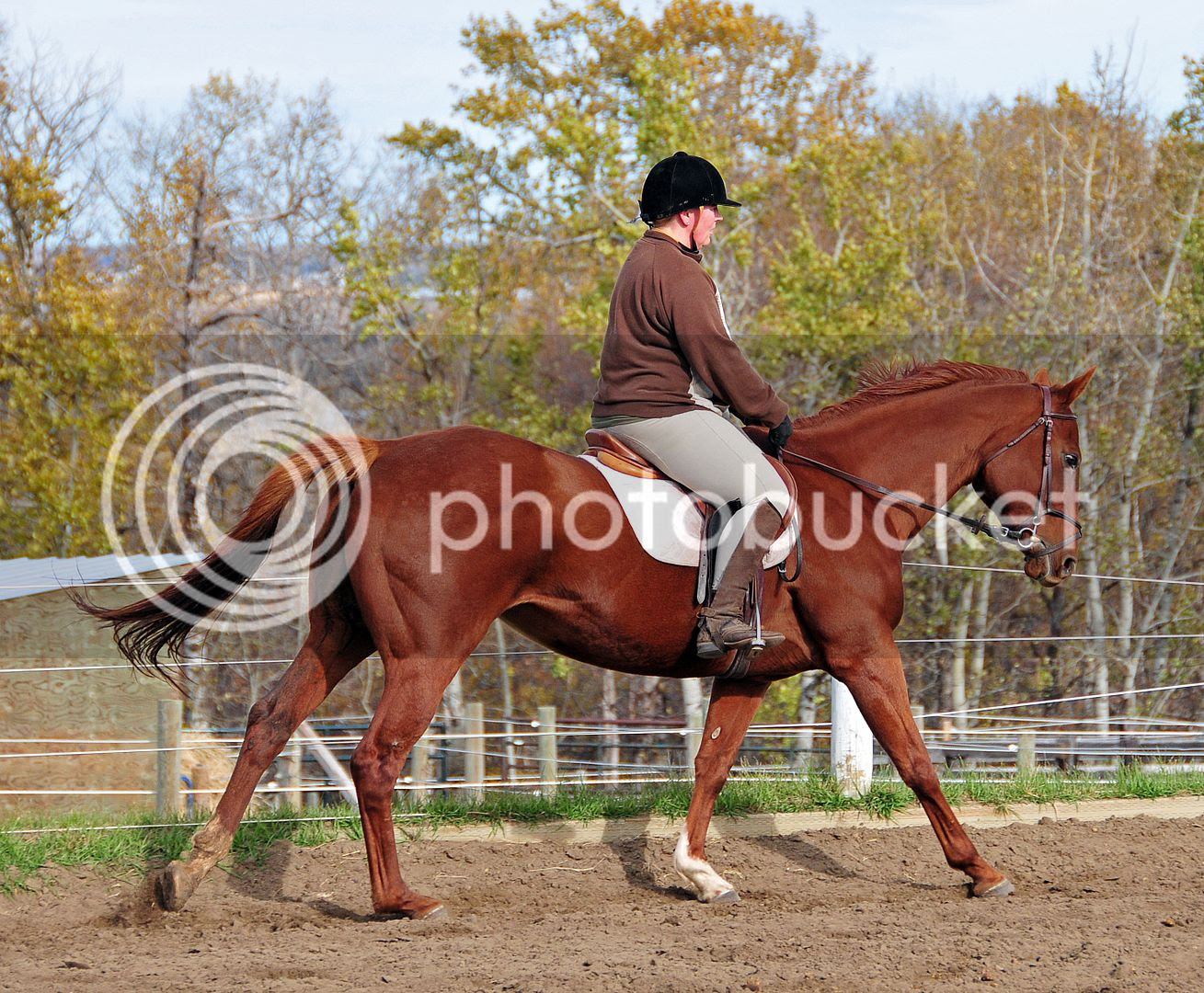 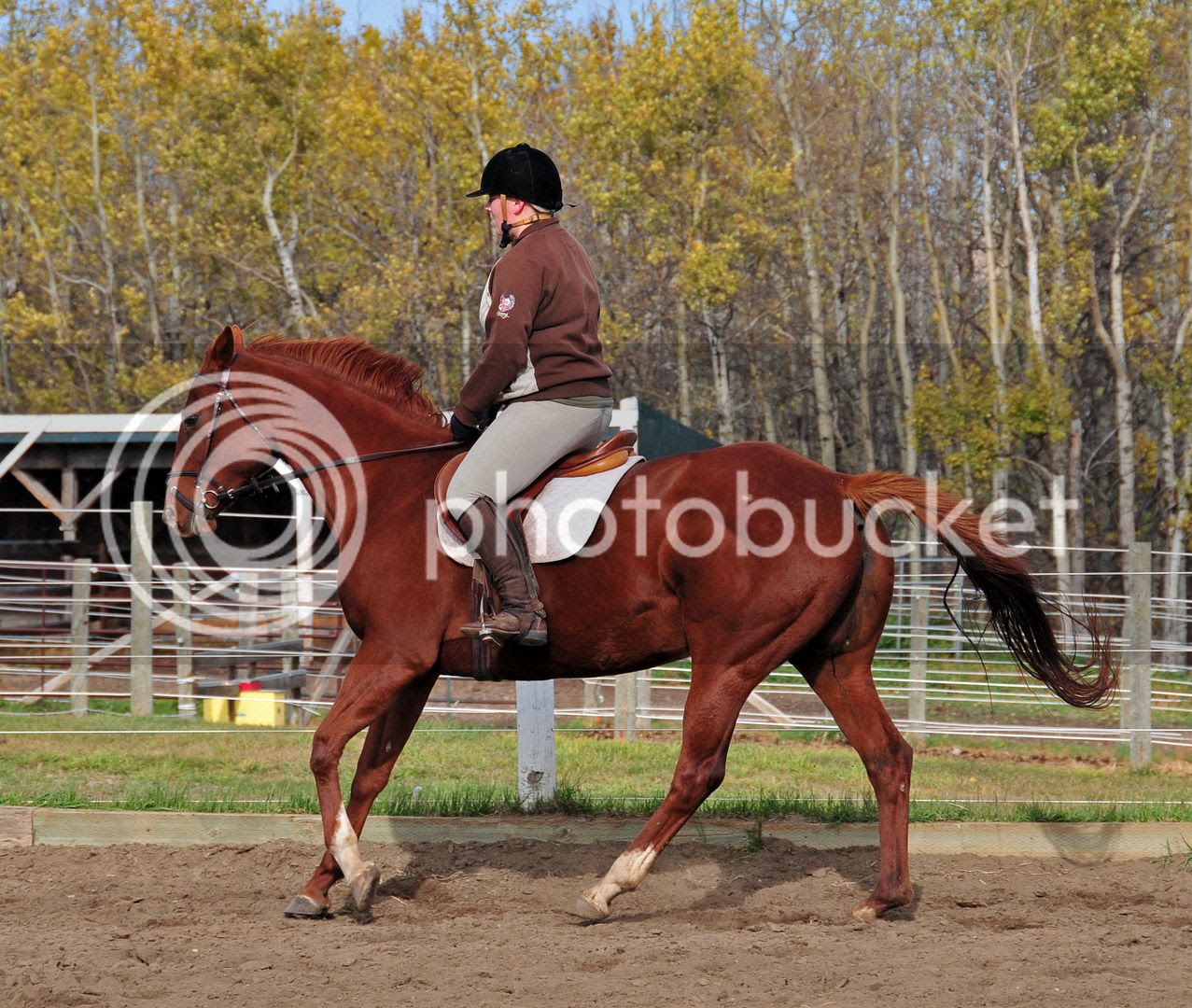 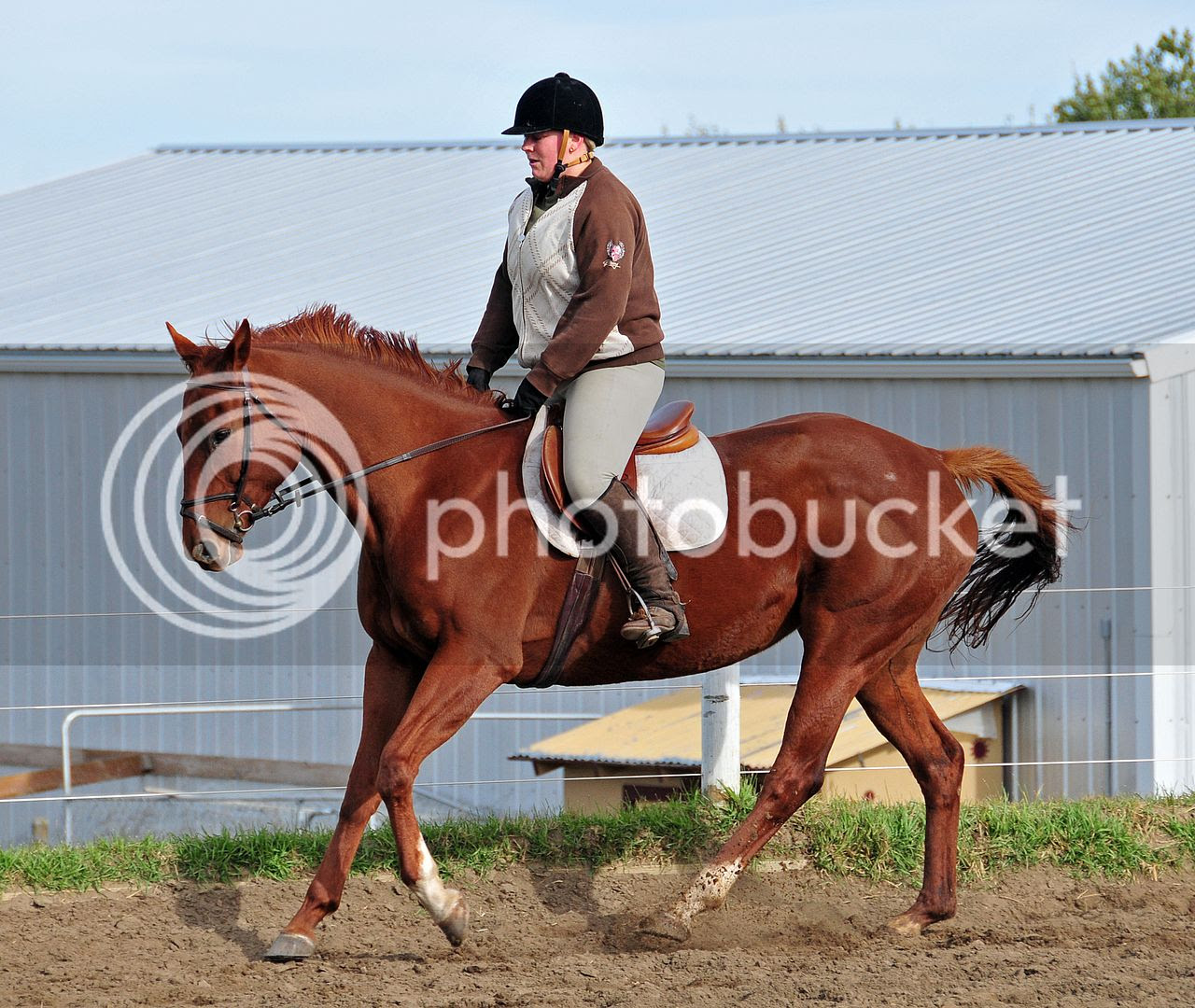 Second half of the ride... 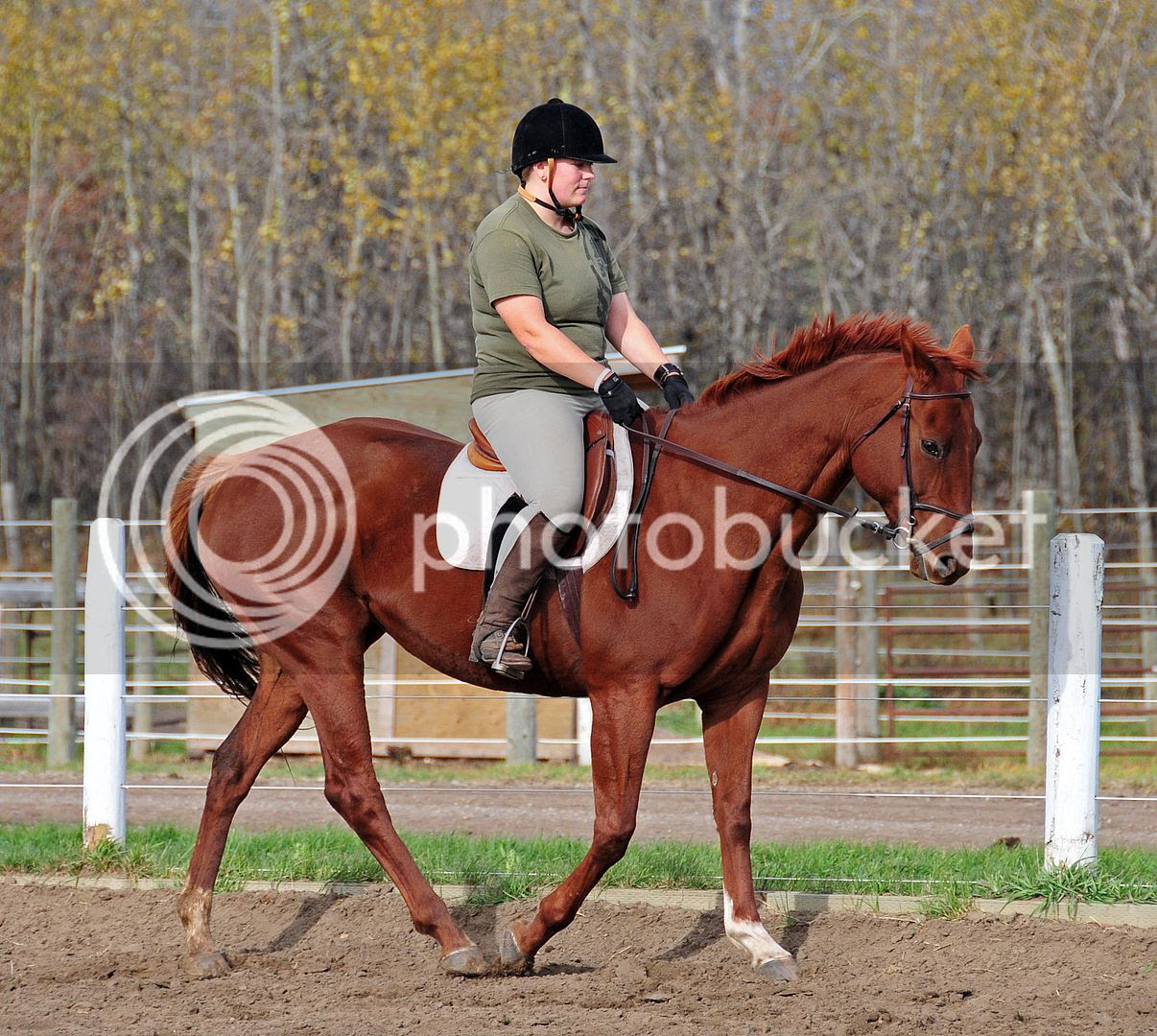 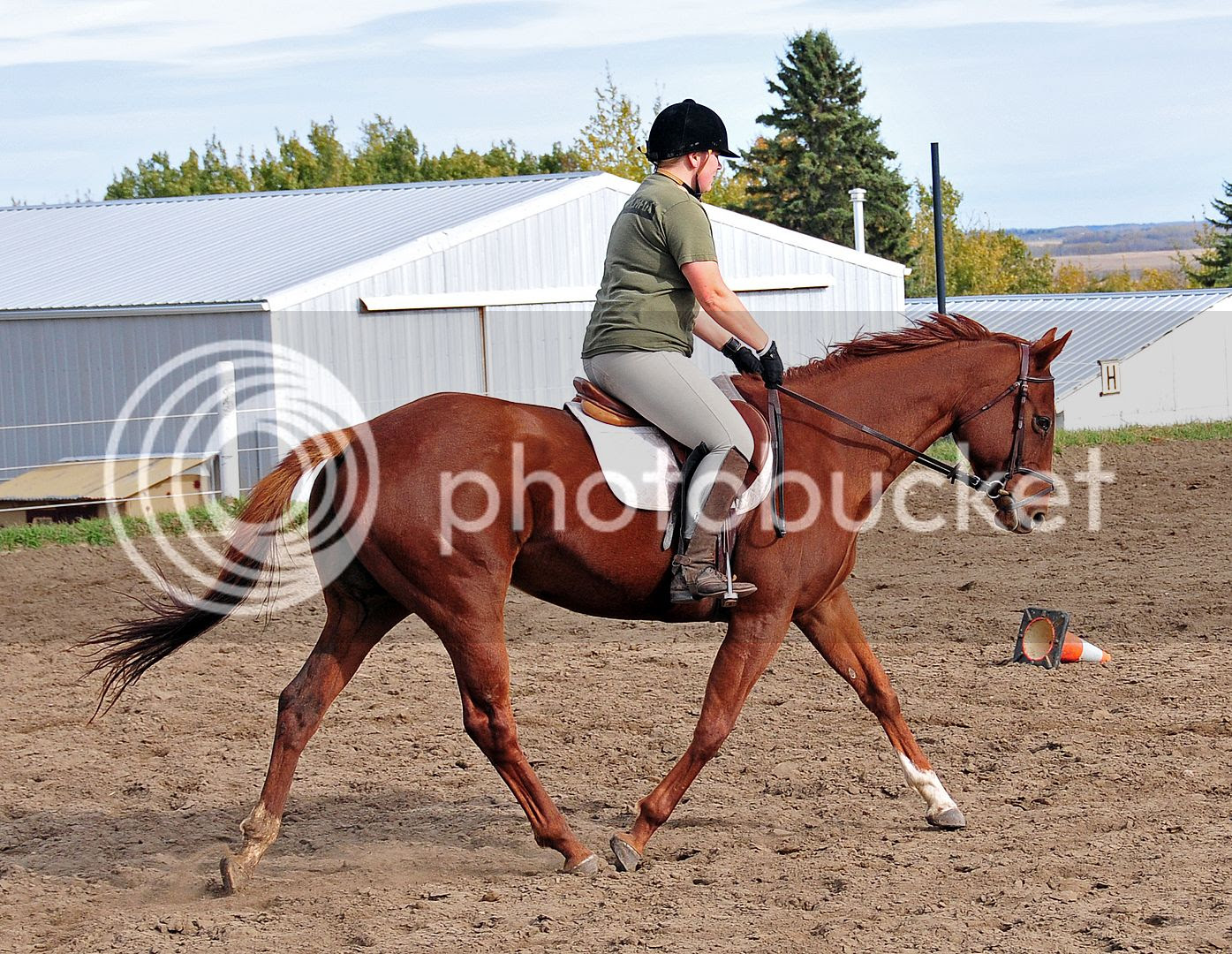 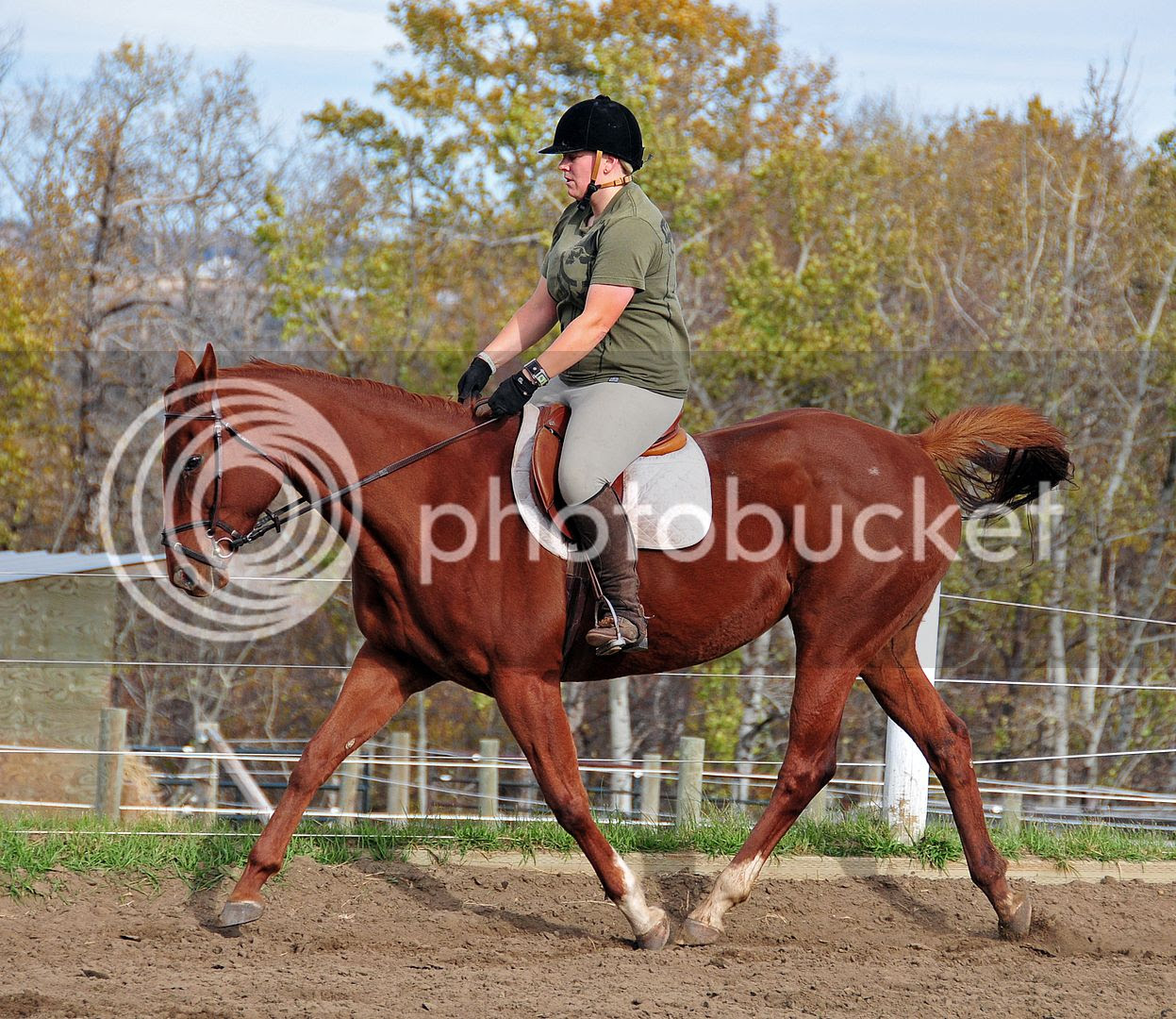 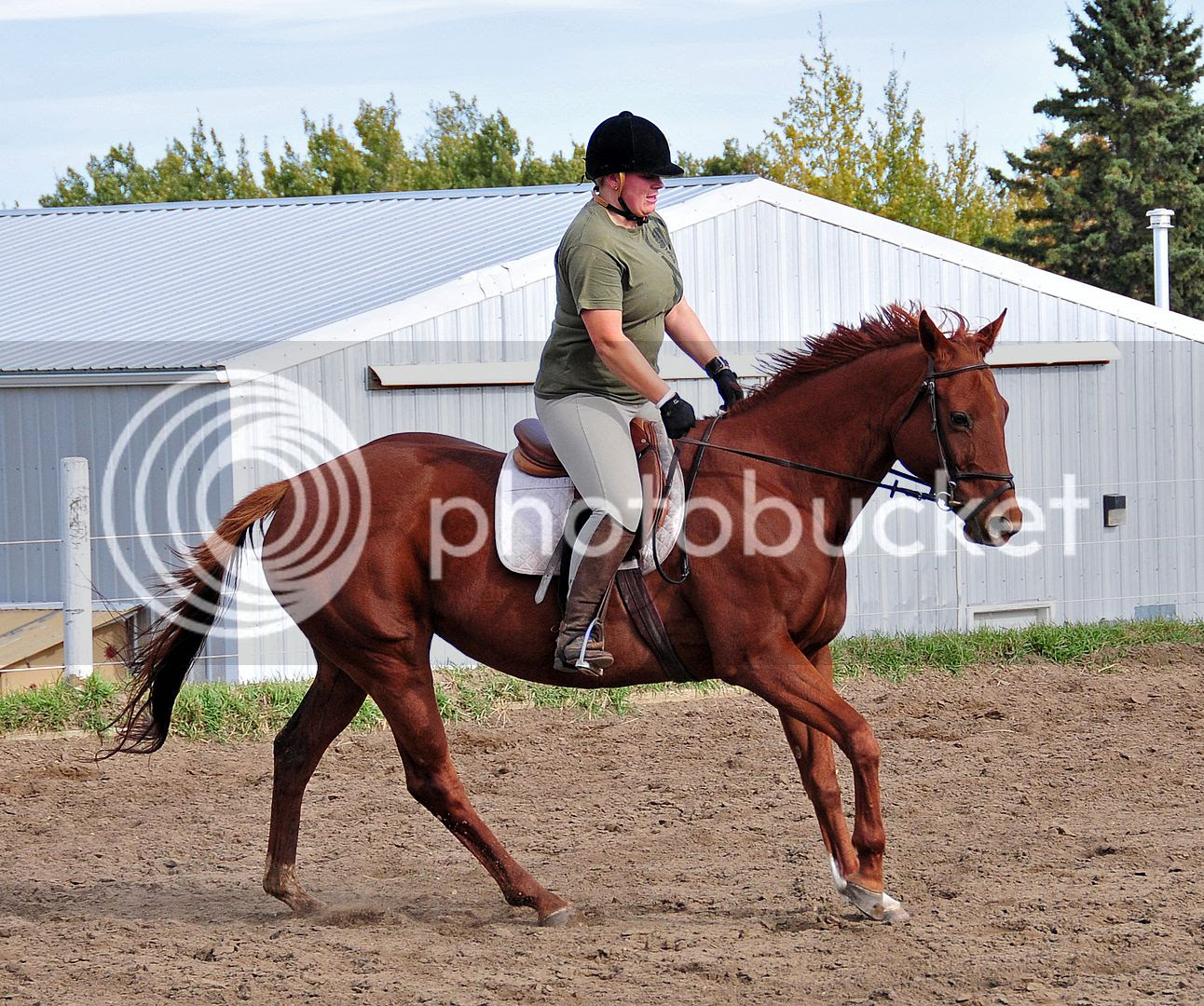 And a short video of the very end of our ride.
Posted by albertaeventer at 18:56 No comments:

The eventing year didn't end quite like I'd hoped, but then again this whole summer of eventing has actually kind of been the shits in general. A little disappointing that I only ended up actually completing 2 events out of 6 this year. I try not to think about it like that though. Because obviously I can't control things like the weather, and anyone who works with horses absolutely knows that shit DOES just happen. So. I've taken some time to reflect on this year, and while I'm still not HAPPY with our last event last weekend, I've come to terms with it, and I know what I need to work on over the winter so we can ROCK IT OUT next year:) 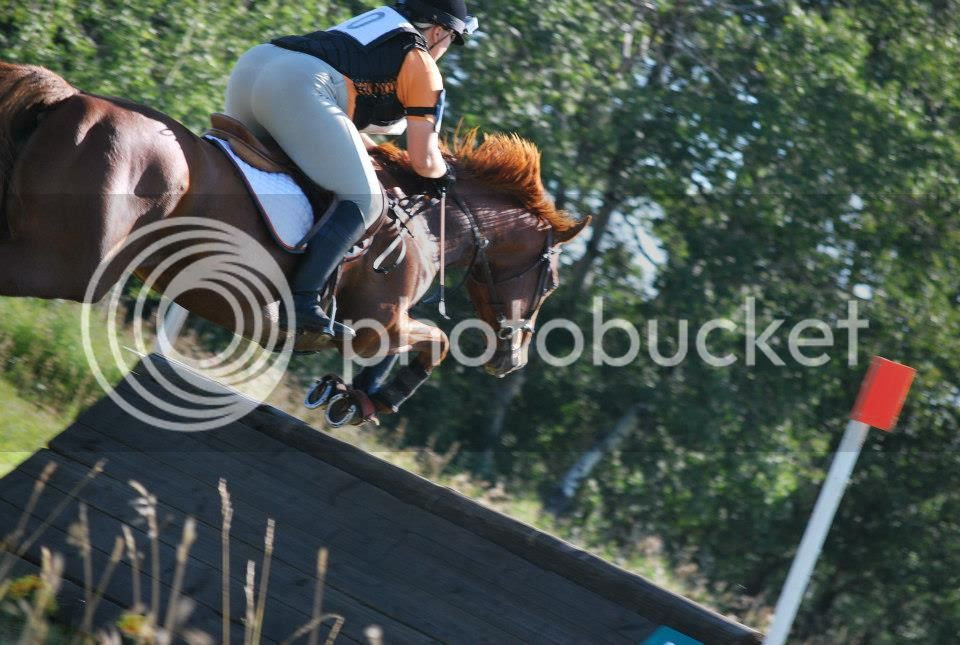 So moving forward. Homework for the winter. Bending, moving off the leg, lateral work, just everything dressagey in general. Improvement there will all translate to our over fences work. Me being more correct in my body position, my stupid LEG that is always doing funky things over fences, I hate it, body control, and being more consistent with my outside aids. Expecting more from Sunny. We are old enough to not have tantrums all the time. She's a big girl now. That's hard for me because she was my project for so long and I just kind of expect her to be bad, instead of expecting her to be GOOD. She CAN do all this stuff, I just have to EXPECT and INSIST that she does. We'll actually be able to jump over the winter so that will help immensely as well.

For next season, we'll be trying to rock the shit out of every Prelim event!! Possibly Rebecca Farms, possibly a 1 star! Don't want to say that out loud too much, that will depend on a LOT of things. But ultimately working towards doing the Intermediate next September, if everything works out like it should. So crazy, that I'd ever be TALKING about possibly doing Intermediate!! This little horse has done so much more than I ever imagined she would, she's amazing. The bigger the jumps get, the better she jumps. It's so crazy. ♥♥♥

So those are the plans. We definitely made some awesome progress this year, had some awesome events and clinics, but always moving forward, always trying to get better!! We'll be back and better than ever next spring, I'm sure of it:)

Sunny gets her remaining 3 shoes pulled in a couple days, and will get a couple weeks of a well deserved rest!! She has definitely jumped her heart out for me this year!! ♥♥♥
Posted by albertaeventer at 19:16 No comments: