Another event come and gone! This summer is going SO fast already:P I was super excited for this one because it didn't run last year, but is probably my favorite event in Alberta! It is gorgeous, an actual 3 day, and the cross country is tough and hilly, LOTS of fun! My parents were able to drive down to watch, so it was super awesome to see them:)

Dressage was Friday. They ran my division first thing in the morning again, but at least we started at 9am this time, not 8! We had a decent flat school Thursday night when we arrived, which was good. Our warm up was pretty good. Sunny was kind of randomly focusing, she'd be going lovely, then have a bit of a bucking fit, then go right back to work. Our test was decent! Trot work was MUCH improved since Beaumont. More relaxation overall as well! We even got 7's on our leg yields!! It's so sad, I get excited when I get 7's, where as more people are more excited about 8's, lol. I'll take it!! Canter work wasn't the greatest, Sunny decided to interlude with a few bucking fits in there, which I thought was hilarious. But she'd have a moment, then go right back to work, then have a moment, then go back to work. Instead of the whole test being like "AHHHHH WE'RE DOING A THING!!!!", it was kind of up and down, but it was BETTER!!! Had a lovely hunter like stretchy circle at the end, wish we would have had a bit more stretch down, but it was consistent on the circle where as she usually fusses a bit. And we HAD A HALT!!!! :D Yay!! So I was pretty happy overall, TONS better than at Beaumont!! 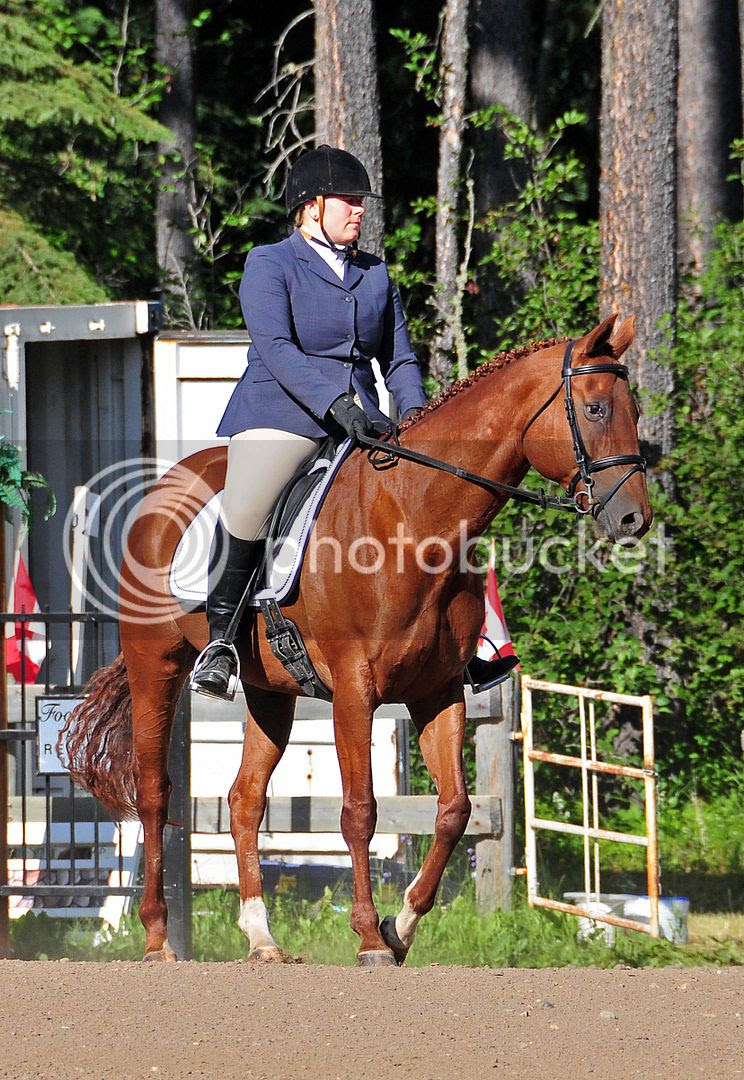 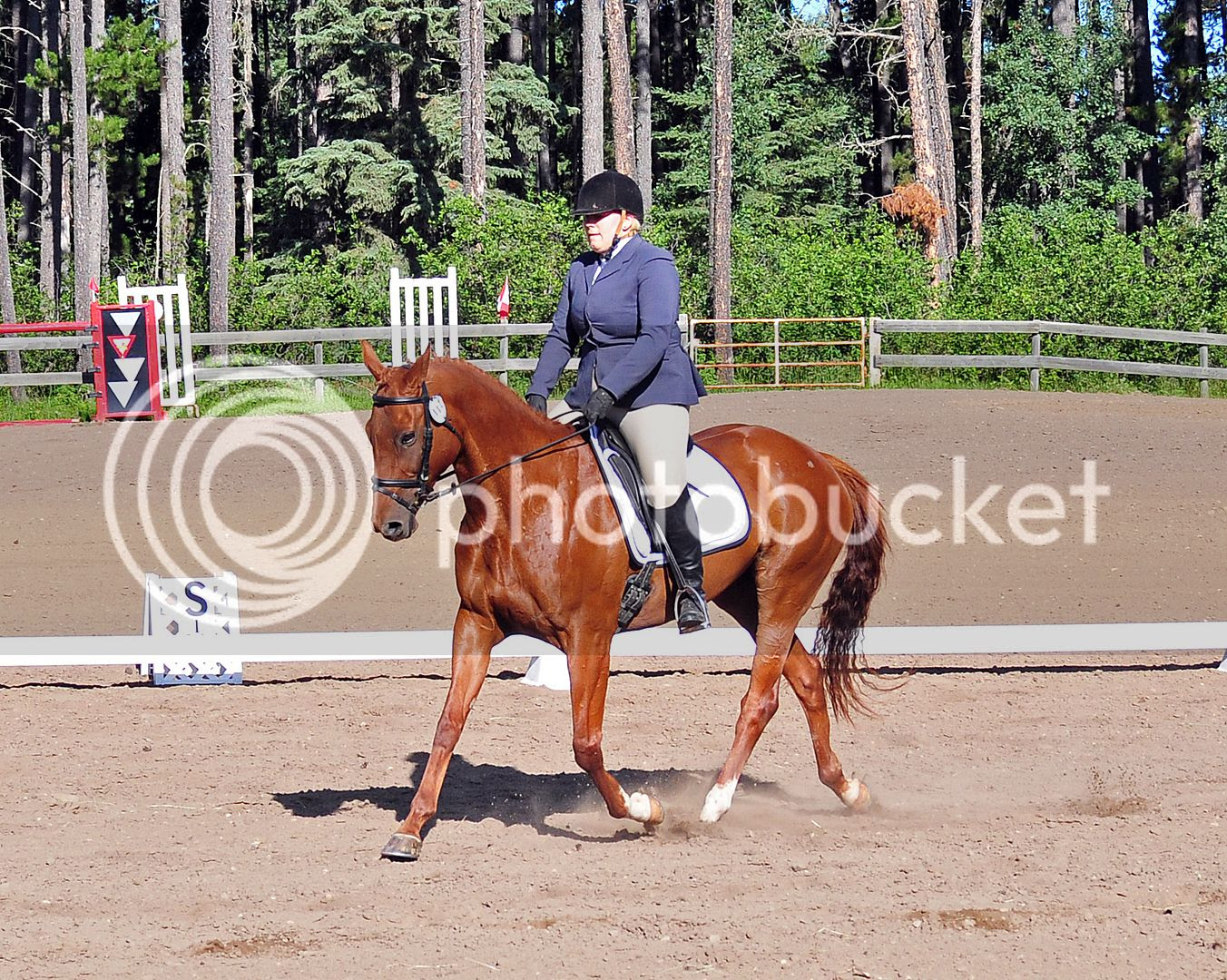 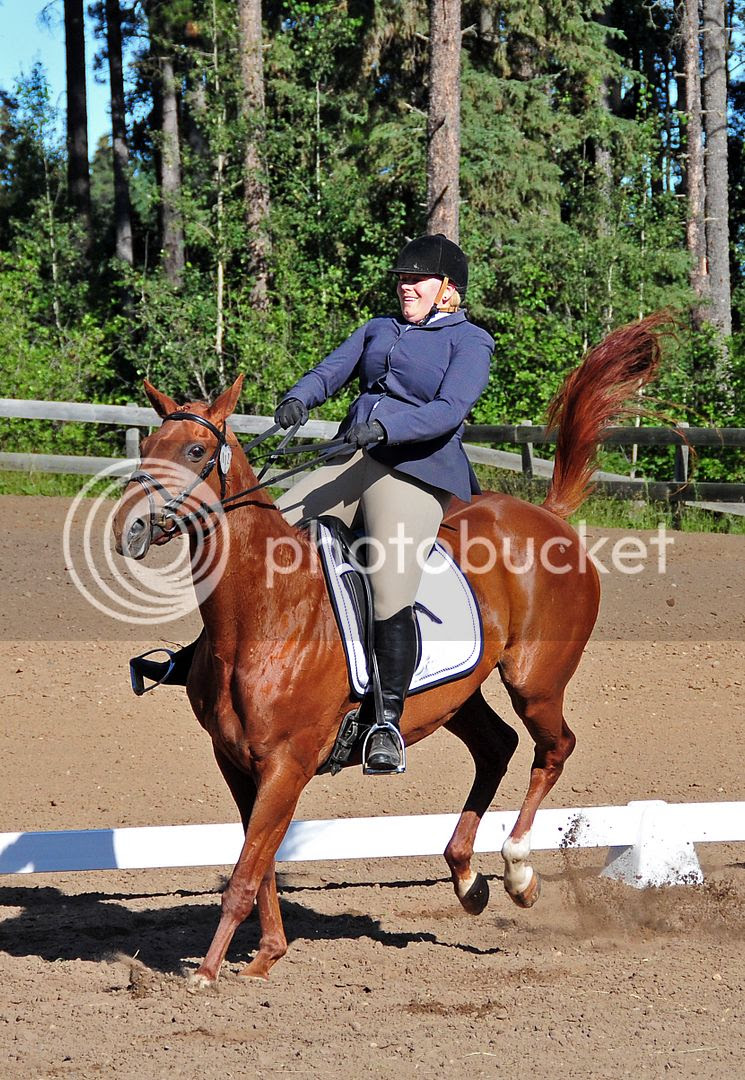 I LOOOOOOVE this photo!!! 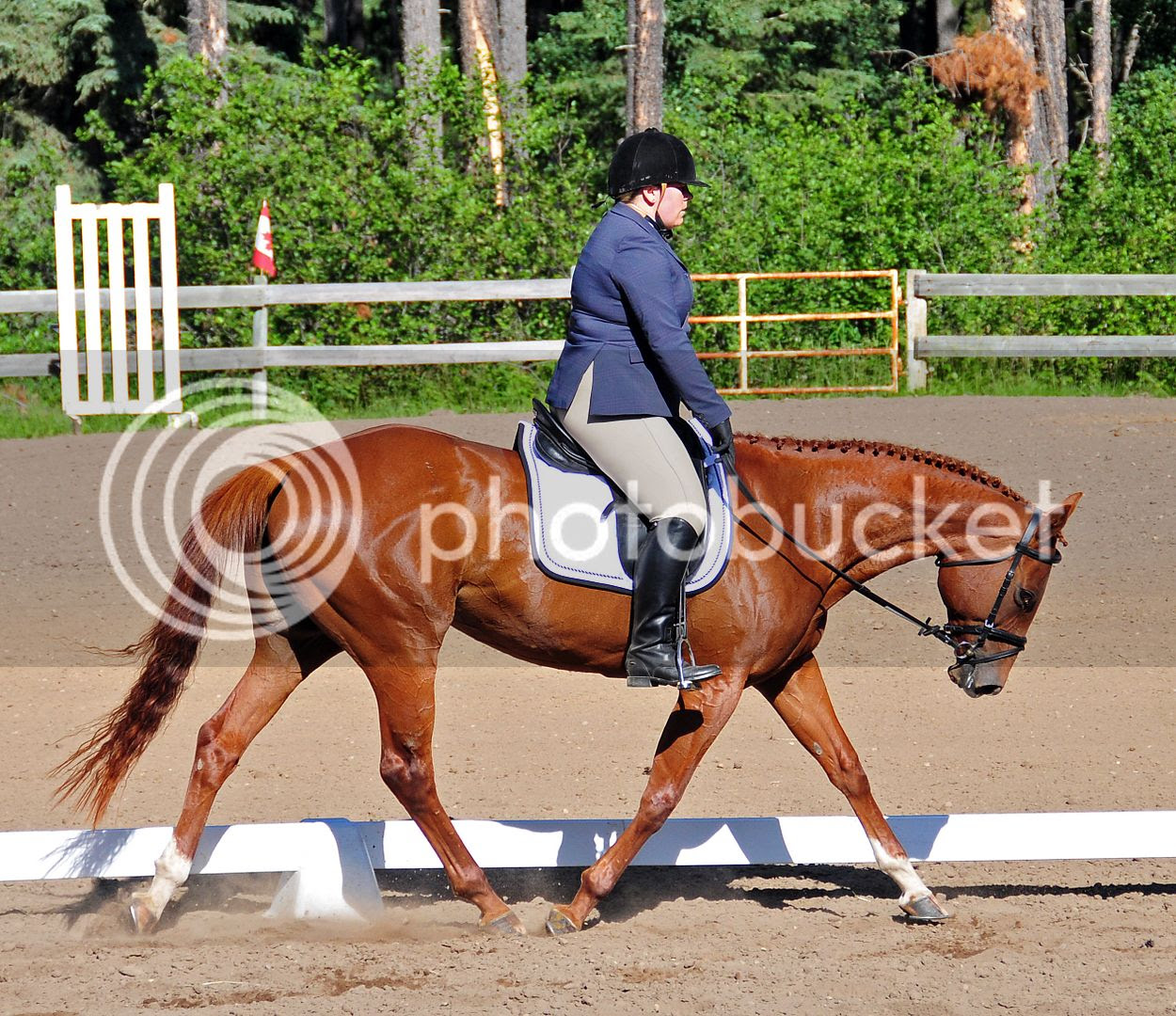 Walked our cross country course after dressage. It was big, long, twisty turny, TONS of terrain, and aside from the first couple fences, pretty much *nothing* was really straight forward or a gimme. Even most of the galloping fences were on an uphill or downhill, or on a bit of an angle, or pointing at a tree or into the bush, etc. Definitely our toughest test to date! It was going to require a TON of super accurate riding, and I was SO excited!!!!! :D

Our run was pretty wicked!! I knew that if I rode well and accurately, Sunny would easily rise to the occasion! We started out alright, Sunny launched a crazy long spot at 2, so I really rode the deep distance for the next couple fences. Need to work on straightness though, she's starting to duck to the left really badly again, most pronounced when I ask her to add, as you'll see. Mostly just due to me being lazy about getting her totally straight because she's so god damn honest, and my left side is definitely weaker, so we'll have to work on that. Had a few awkward jumps in there, Sunny totally saved my ass a few times, like 12 and 13 where I basically didn't see anything for a distance and she took right over and got it done! The only real problem we had was fence 18, we had a long steep uphill gallop which was pretty much blind going up, and then a left turn, maybe 2 strides to a big wide table that was also a skinny. And we galloped up and I swung a bit too much to the right and didn't get the line and just didn't get the turn done. So we kind of blew by it:P Then I went to circle around to re-present, and I was like "Shit!! How the hell are we going to get over that??" Cuz it was big and on an awkward angle at the top of the hill, and there was basically no room to approach, so I circled around as best I could and trotted Sunny at it, threw the reins at her and clucked and was like "DEAR LORD PLEASE JUMP THIS!!" and she totally did!!! What a good girl, seriously!! Then carried on, the rest of the course was no problem, I was definitely getting tired towards the end though, you'll see on the videos when I kind of tip forward through the water:P That was just fatigue:P (Lots to work on before the next event, for both Sunny AND myself!) And I was galloping up to the last jump absolutely shocked and AMAZED that my watch was beeping down the last 10 seconds, WE TOTALLY MADE TIME!!!!!!!! :D I wasn't even pushing either, I just decided that I was going to just let Sunny cruise around. We were the only ones to make time, I was pretty happy about that!!

Super thrilled with our run overall, would have liked a do over at 18, but shit happens and it was totally my fault. just a few little things to work on there and we'll nail it next time! Everyone had a stop on course except 2 people. It was pretty crazy. Such a crazy awesome course, I LOVED it and it was such a blast to ride!!

Only got a few photos of cross country, since it was mostly through the trees and stuff. 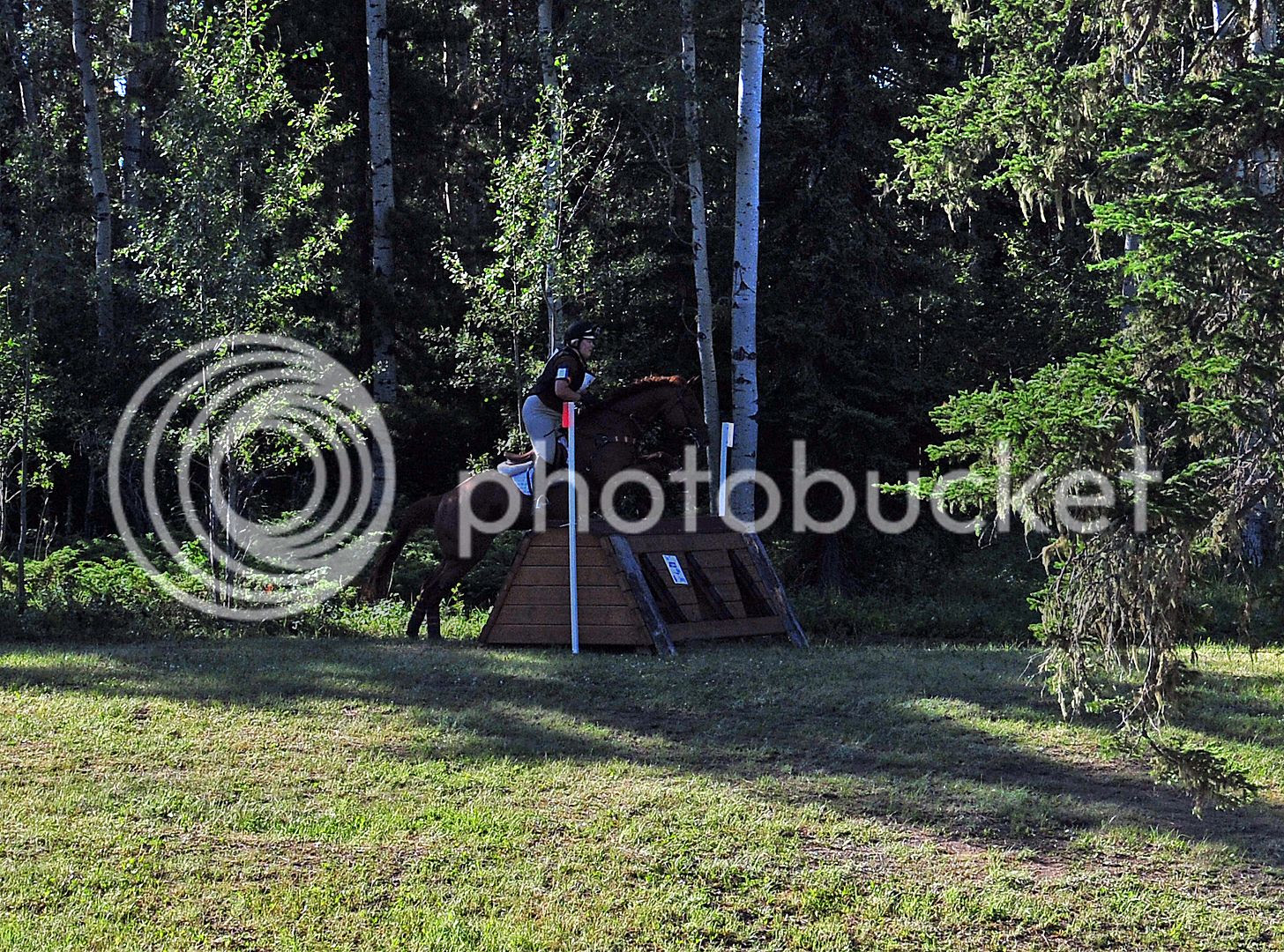 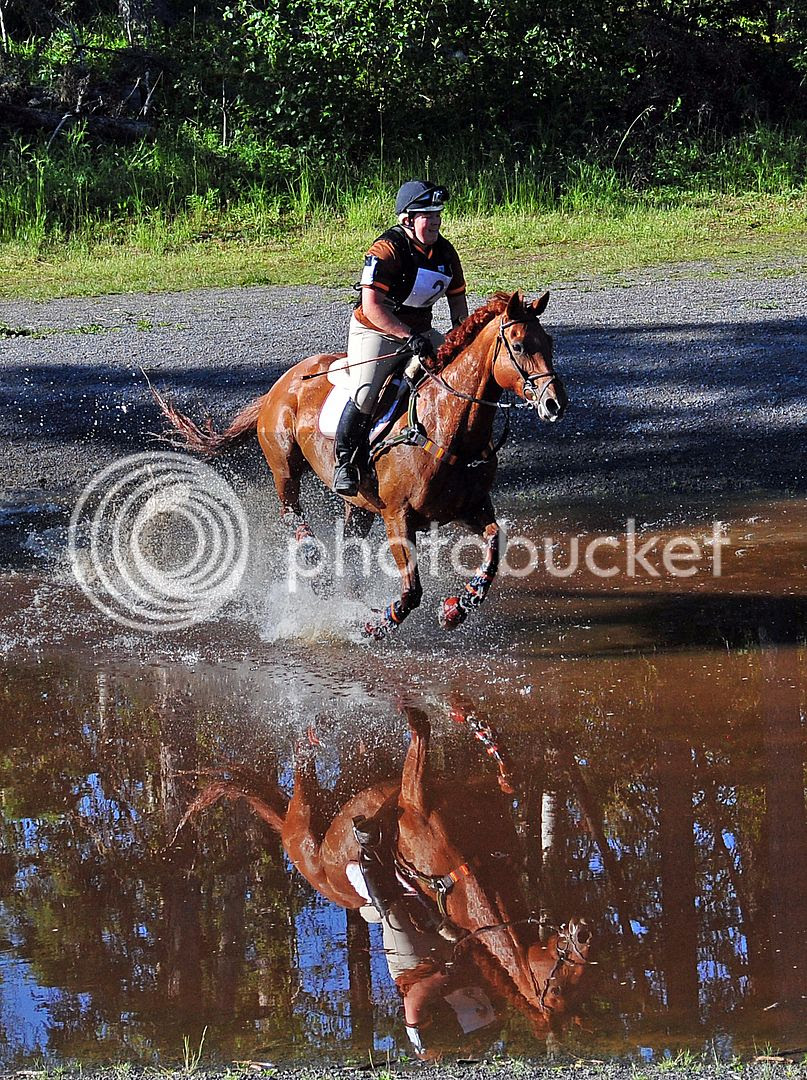 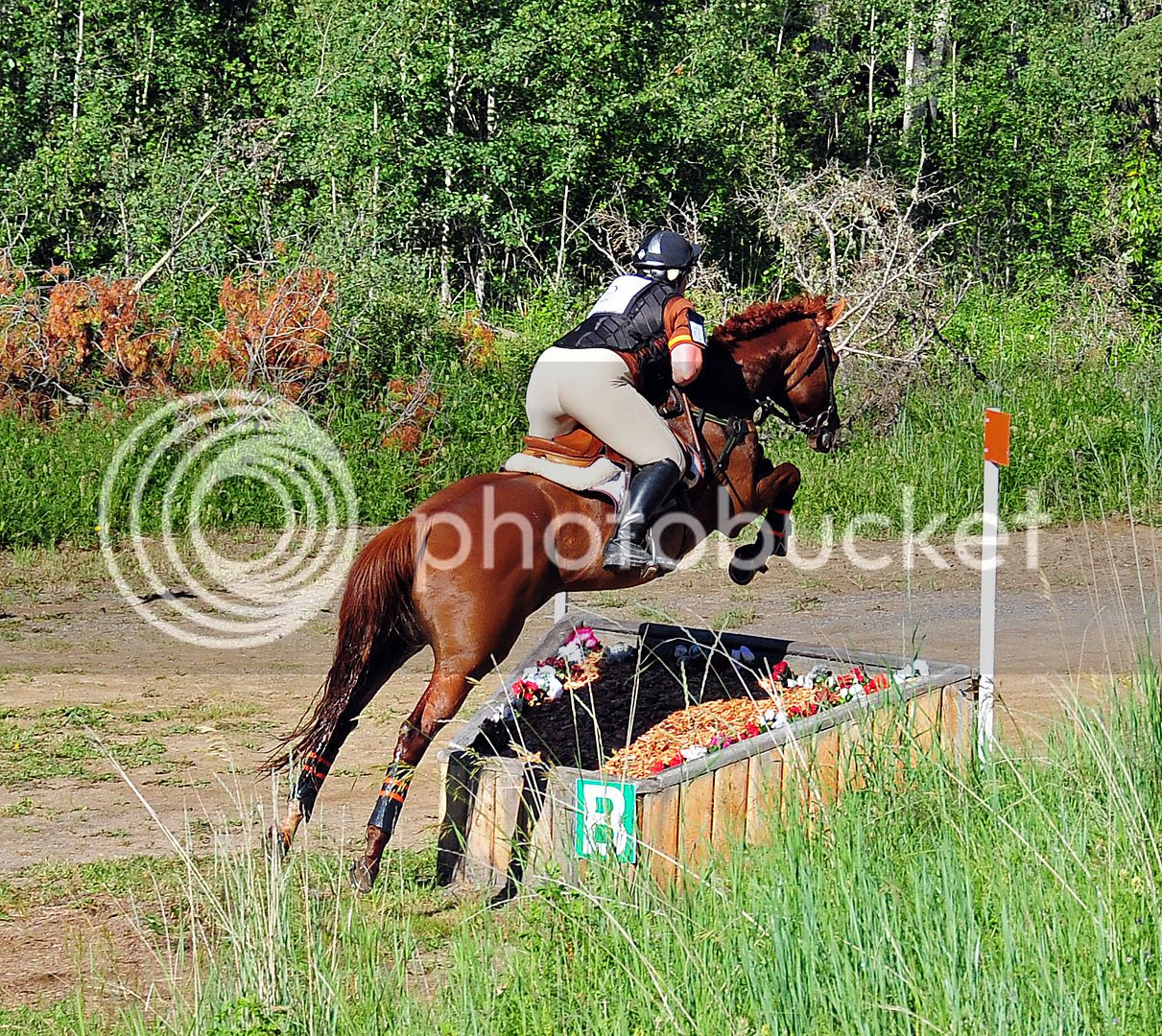 Short video of us through the water, you can see me kind of tip forward right after the second fence:P And the helmet cam!!! Sorry for the yelling at those random people, I wasn't really in the mood to kill someone with my horse that day:P


I was a bit nervous for stadium, just because SOMETHING always seems to go wrong. The course looked fun though, and it was a blast to ride! It actually went REALLY well! In terms of relaxation and rideability, Sunny was spot on! She seemed just a touch tired, and didn't have her usual punch to her jump, but that was good in a way because she wasn't jumping me out of the tack for once!! Was one of those courses though where it seemed like everything everyone touched in the slightest, came down. So while I was really happy with the ride, we had several minor rubs, and they all came down:P Sunny definitely punched out the top plank of the last fence pretty good, but with all the rubs we ended up with a horrifying 5 rails down:P But everyone else had tons of rails too though, so it wasn't just me. So regardless of all the rails, I was happy! I was much more relaxed and actually riding too, so I felt a lot better about that as well. 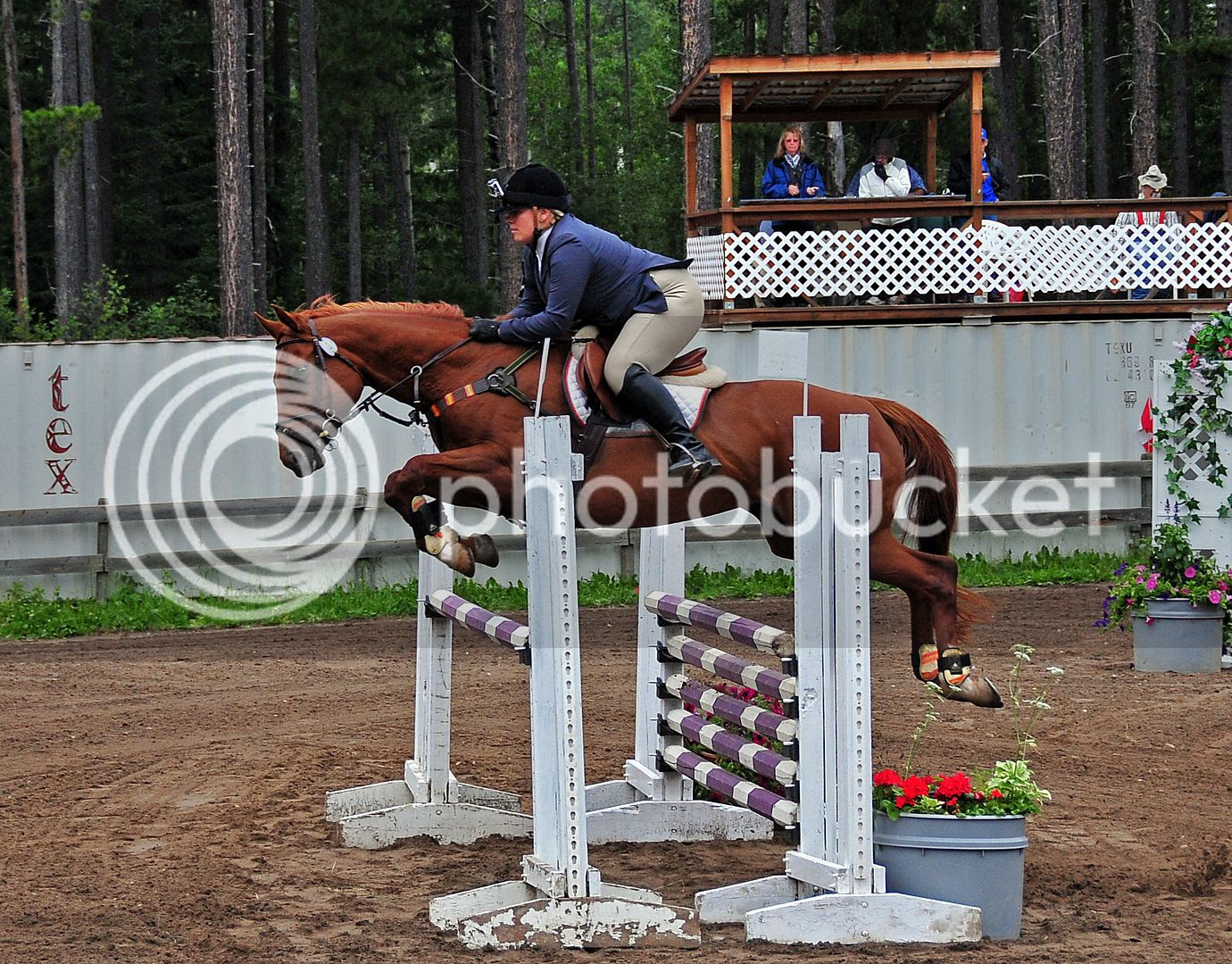 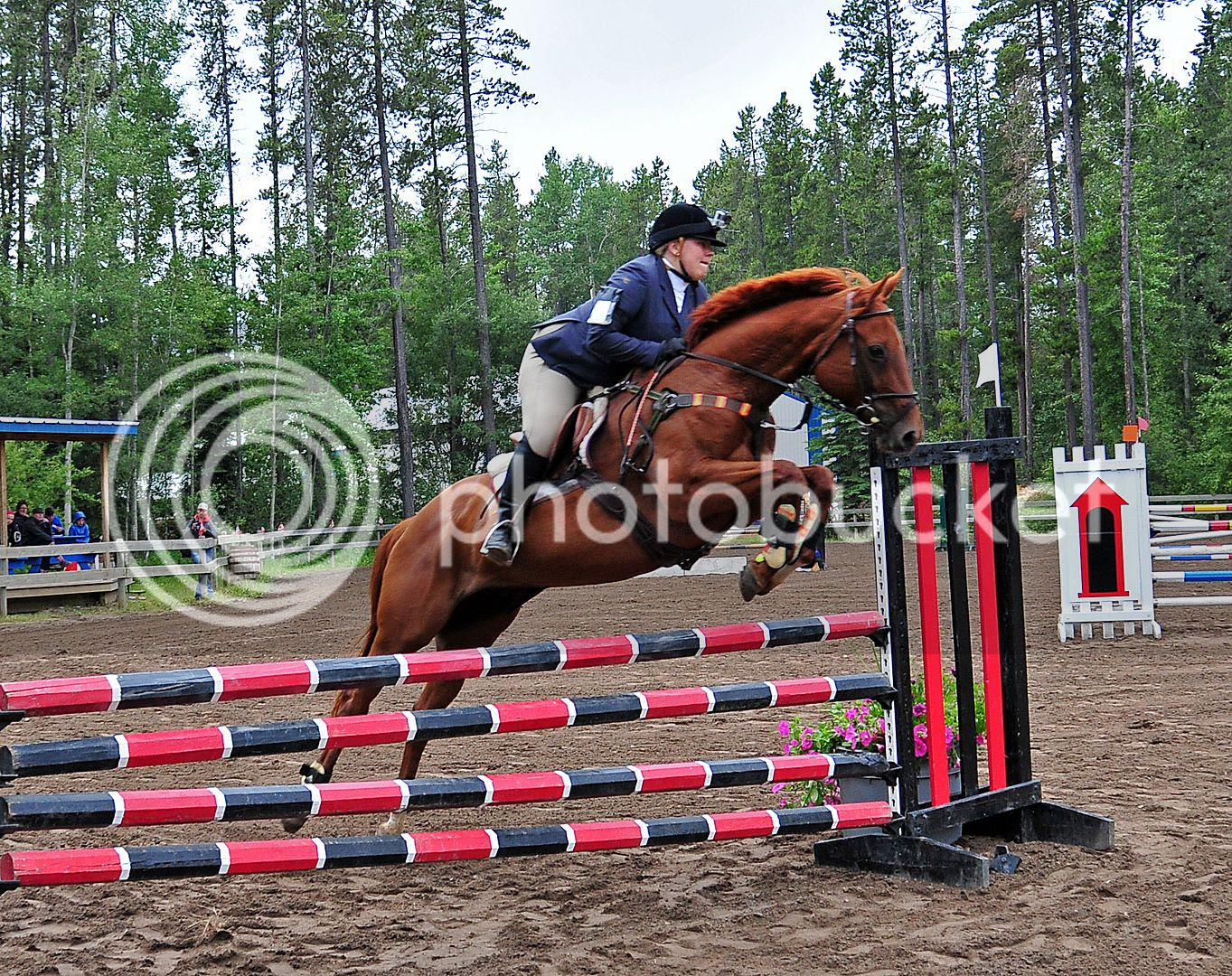 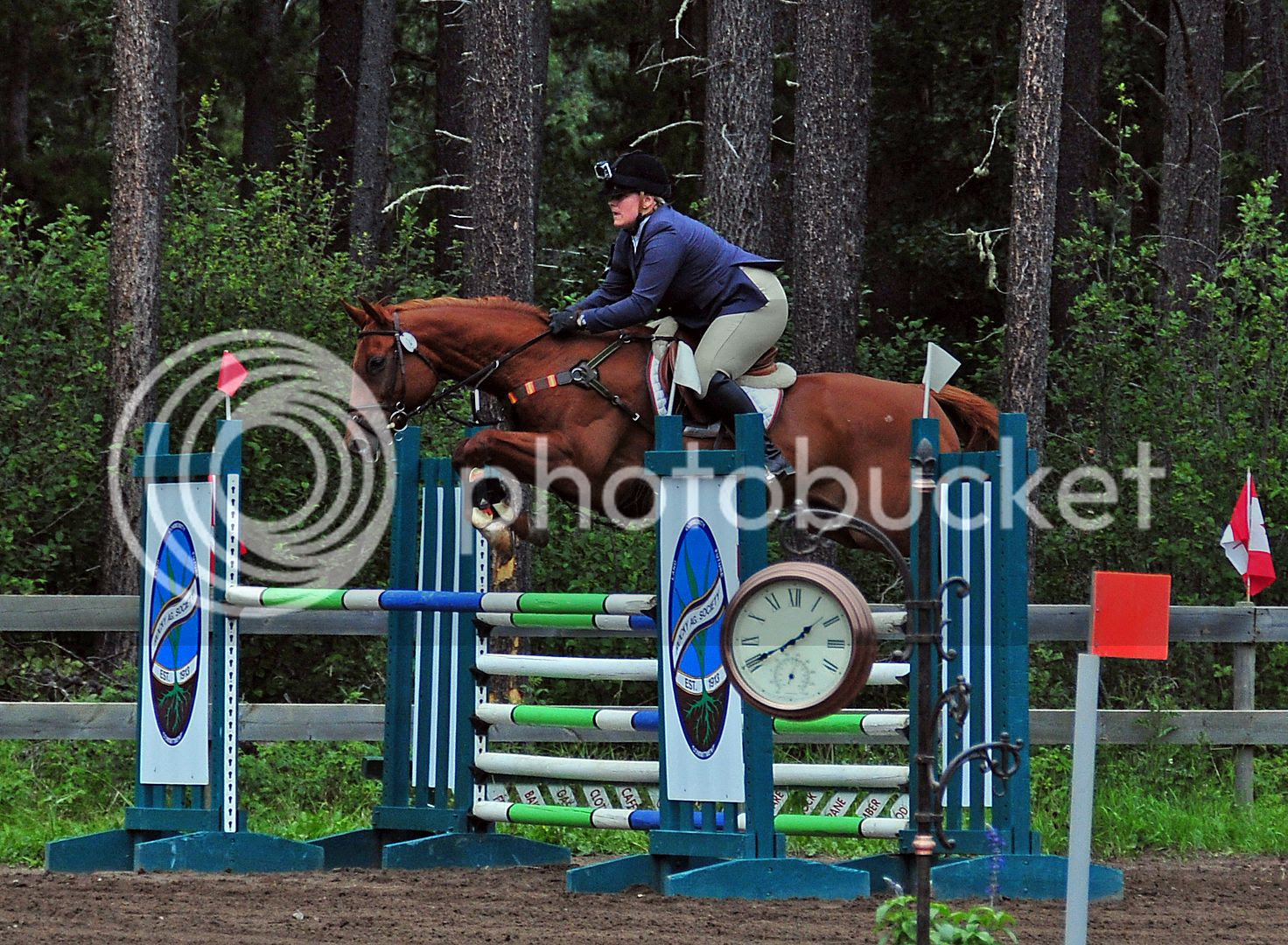 EVERYONE had the zebra jump down:P 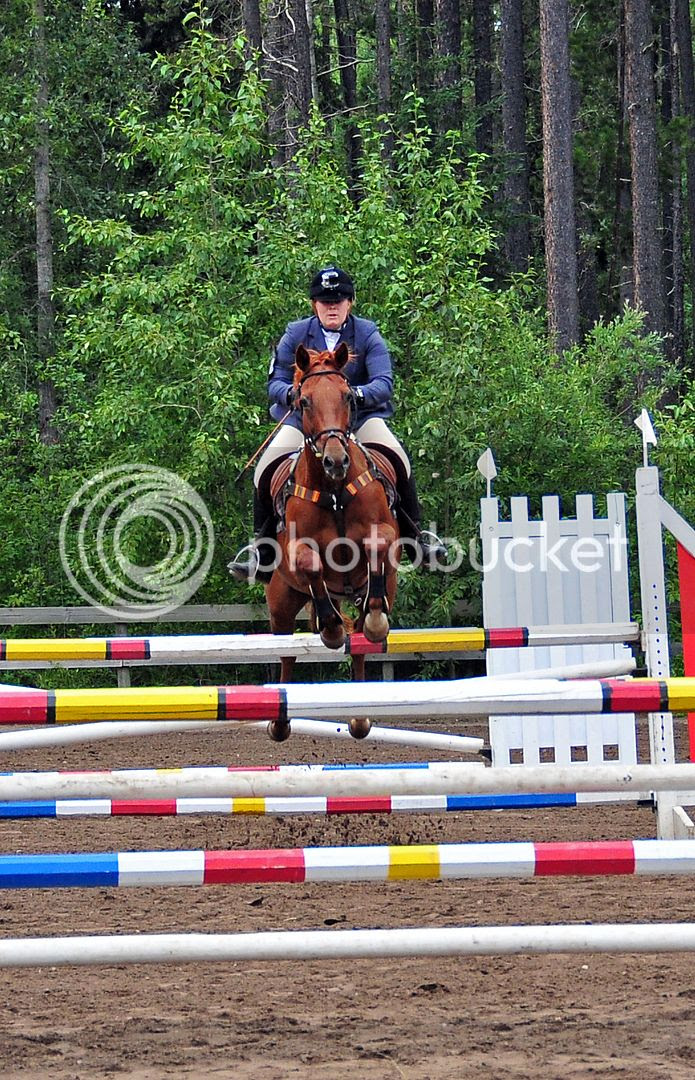 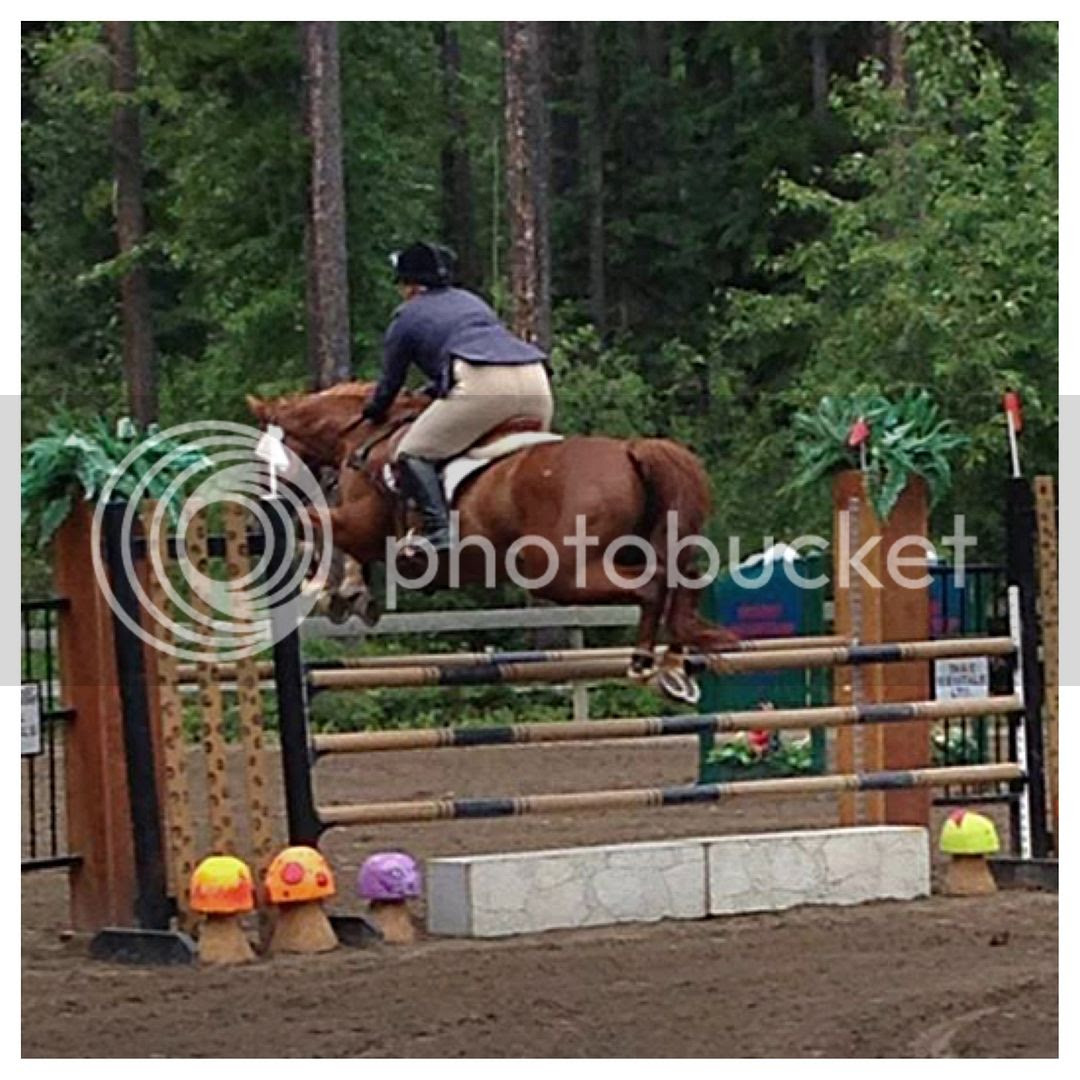 Actual video, just ignore all those rails coming down:P
And the helmet cam. 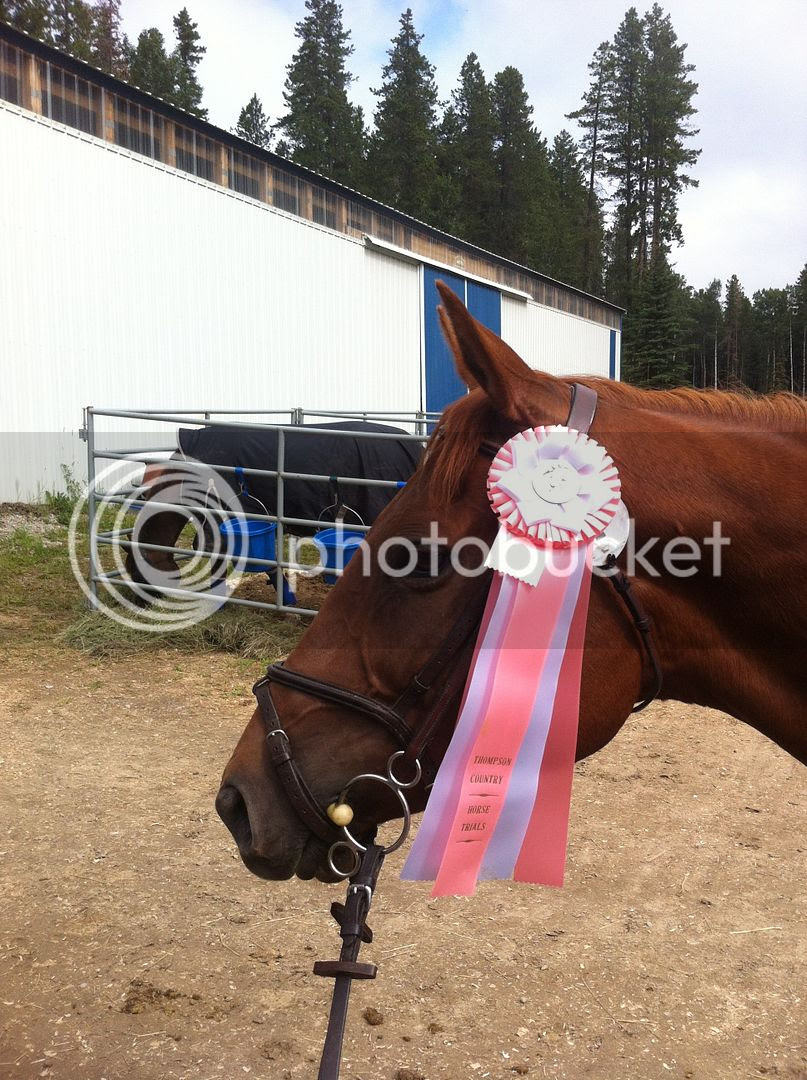