Going to kill a few birds with one stone here! January was crazy busy for me. When am I not crazy busy? Lol.

I'm really cracking down to get ready for California, we have been working our butts off so hopefully we don't get down there and embarrass ourselves:P During a regular season it usually takes us an event or two to get into the swing of things and brush the rust off, and I don't really have the luxury of an event or two just to mess around this year with the "plans" I currently have. I put plans in quotes because we all know that with horses, plans are just sort of wishful thinking!! But I'm aiming toward things, so I'm working really hard and trying my best to be as prepared as possible.

In those 2 events in California I want to have GOOD dressage tests. I don't care about placings, I want to be able to not freak out about sitting my test and just be presentable in general. I want to have POSITIVE and SOLID stadium rounds. Rails are the least of my worries, I just don't want to freeze up in the ring or override, I want to ride like I know I can and not have to emergency circle every 5 seconds because Sunny is jumping me out of the tack. I want to ride a CONFIDENT and ACCURATE cross country. No more of these silly runouts because I don't have myself organized. Sunny is feeling 100% better physically, so any problem right now I absolutely know is me. So that's kinda my thoughts at the moment.

I've got a pretty intense riding schedule going on. Riding 6 days a week, and I have Sunny going on the treadmill twice a week for Feb to work on her conditioning and build some more hind end muscle. I was having trouble finding days off for a bit because I have been really GOGOGO lately, but I know rest is important. Being on the High Performance Team I was required to submit a weekly training plan, which I am finding super super helpful, so this is how things are looking for February!

I had 5 weekly jump lessons in January. We had lots of fun building all sorts of fun stuff! That's one great thing about my barn, my coach is very awesome because I can go to her and be like "I'd like to work on X and Y." And she'll go "Awesome! Build whatever you want and we will do it up!"

I built a faux corner for our one lesson, because I wanted to ride an oxer 4 strides bending line to the left to a right facing corner, which was the question that we had problems with at the South Peace event. And 3 of 4 runouts in 2013 were at a right facing corner. So I wanted to make sure we had worked out any remaining issues from that. One of the jumps also ended up at the top of the one standard in this lesson, which was super fun. Sunny absolutely FLEW over it no problem, and it was the largest non cross country jump I've jumped, so I was pretty happy too:) 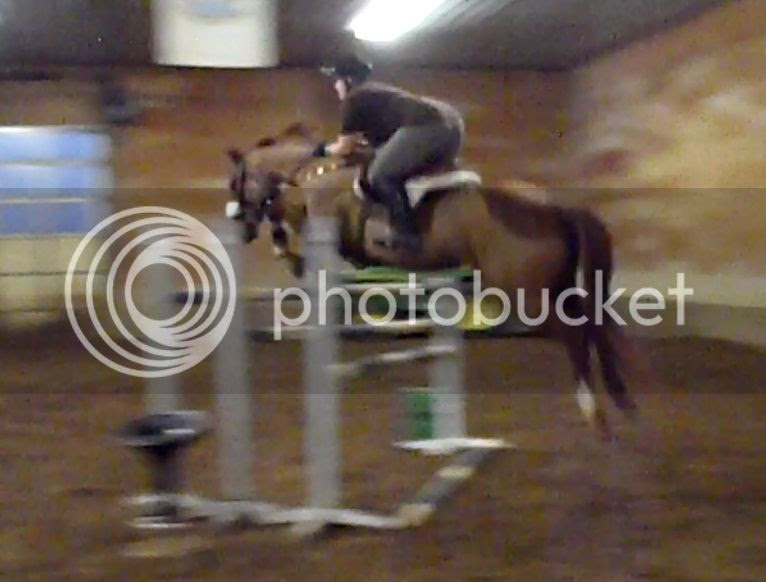 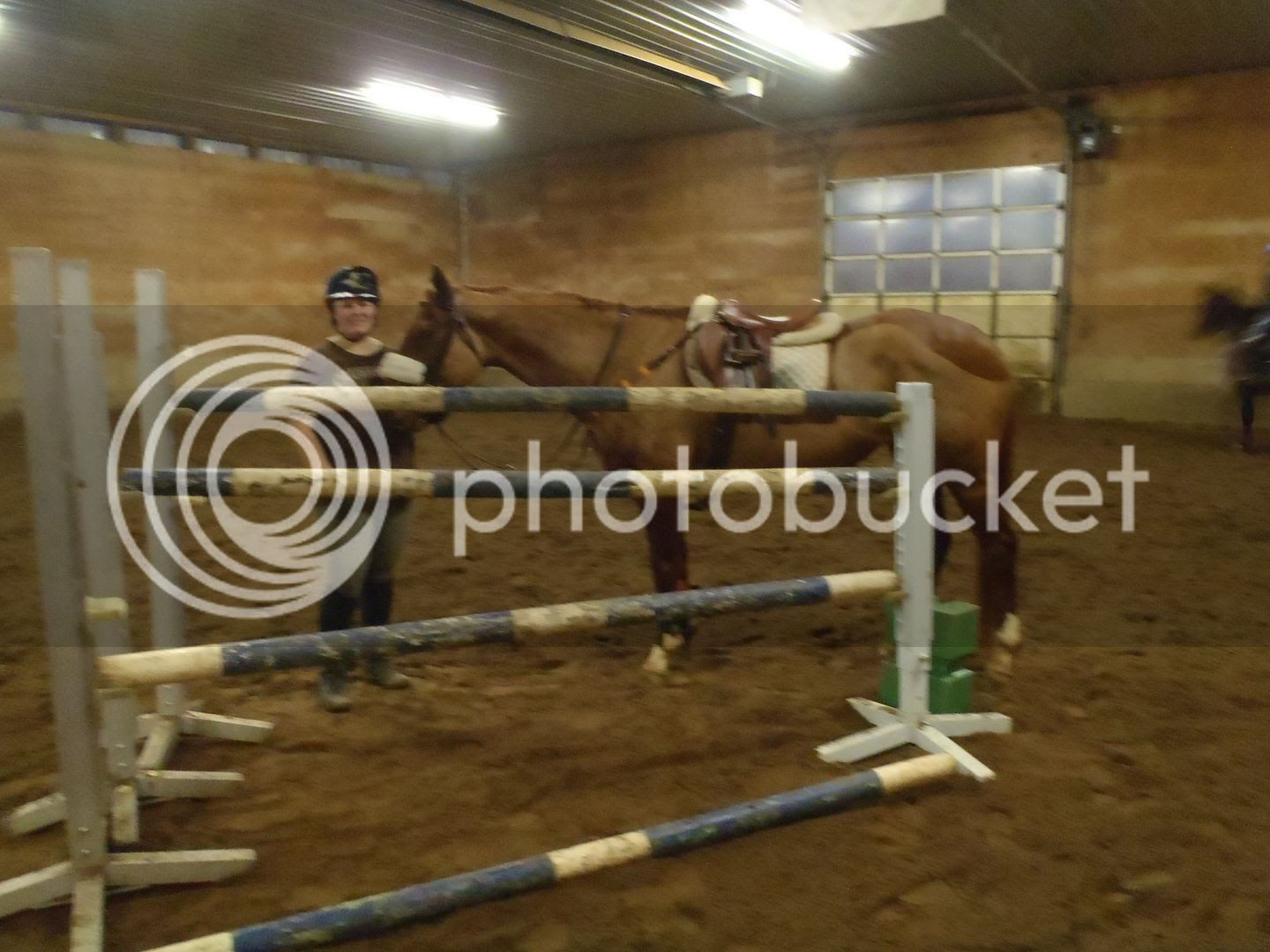 2 days later we headed over to the lovely Horse In Hand Ranch for a jump schooling day. It was very nice to get out somewhere different after being cooped up for most of the winter so far, haha. The day didn't go quite as planned, Sunny had a very uncharacteristic couple of hard stops at the liverpool, which caught me totally off guard, and I came off twice! It was rather entertaining, and we did work the problems out in the end! I was so surprised and shocked, all I could do was just laugh at the time! The funny thing was that we had already jumped the liverpool several times from the other direction before her stops.

Here are the falls for your viewing pleasure, both ground cam and helmet cam!

And the rest of the video from that day. Everything before the 3 minute mark was before our falls, you see she jumps it several times no problem, and then the clips after that were after we had worked ourselves out.

For the following week's lesson we set up the Suicide X. I had done this in one lesson last winter, however it was the lesson where Sunny had lost. her. mind. There's a pretty epic video on my youtube of it. So we never did make it to the actual jumping of the middle X part. I'm happy to say that we did indeed have a brain this time around and it went MUCH better.

I've had some people ask about how we had it set up, so here is a diagram. The exercise on the right is what we used to warm up, I didn't helmet cam it but we did it in both directions. It is an excellent exercise for practicing straightness, accuracy and holding your line on a short approach. 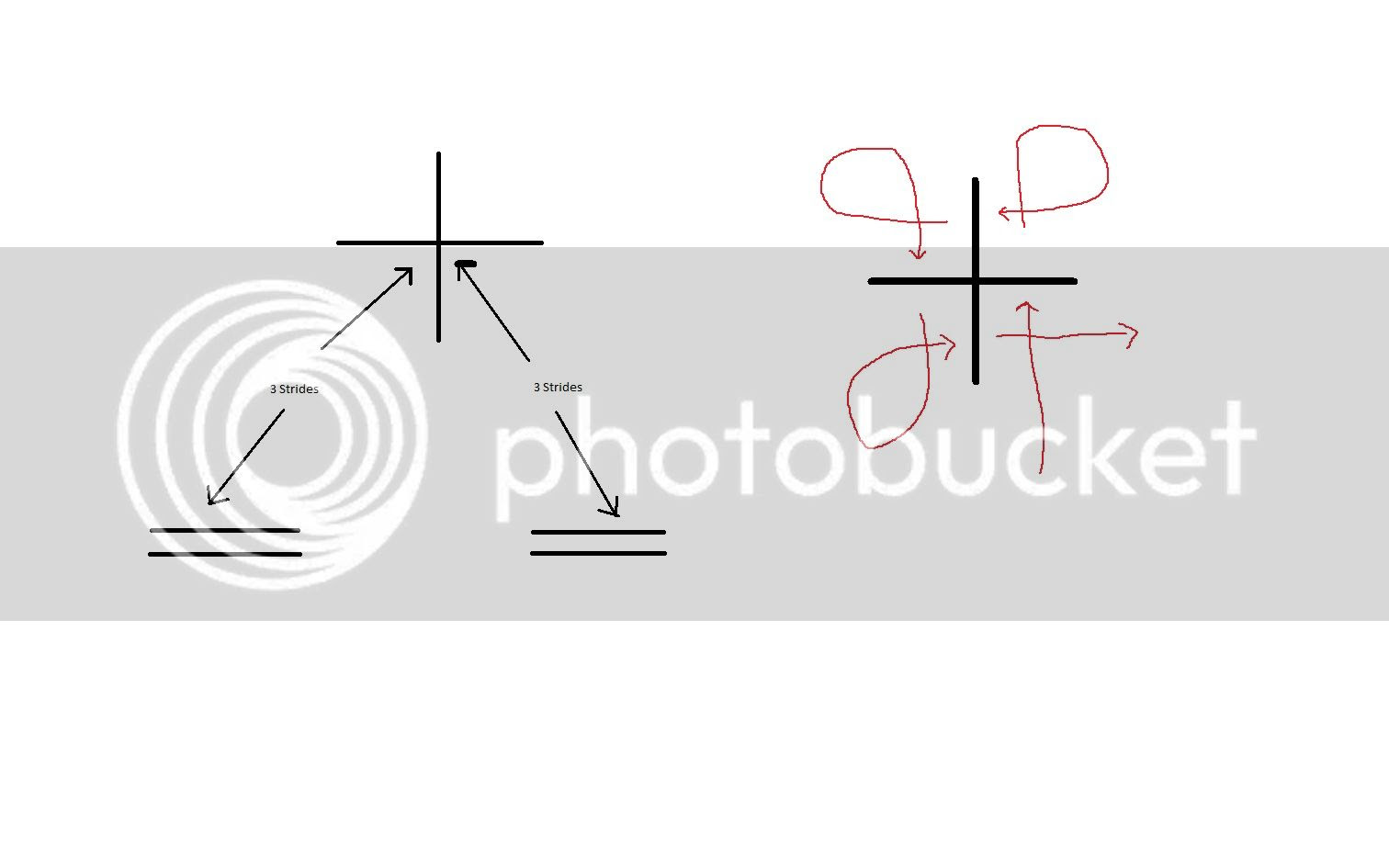 That brings us to last week's lesson. We acquired 2 brand new rolltops from Darling Delights Woodworking , so of course we pushed the 2 pieces together and created a cross country rolltop, haha. 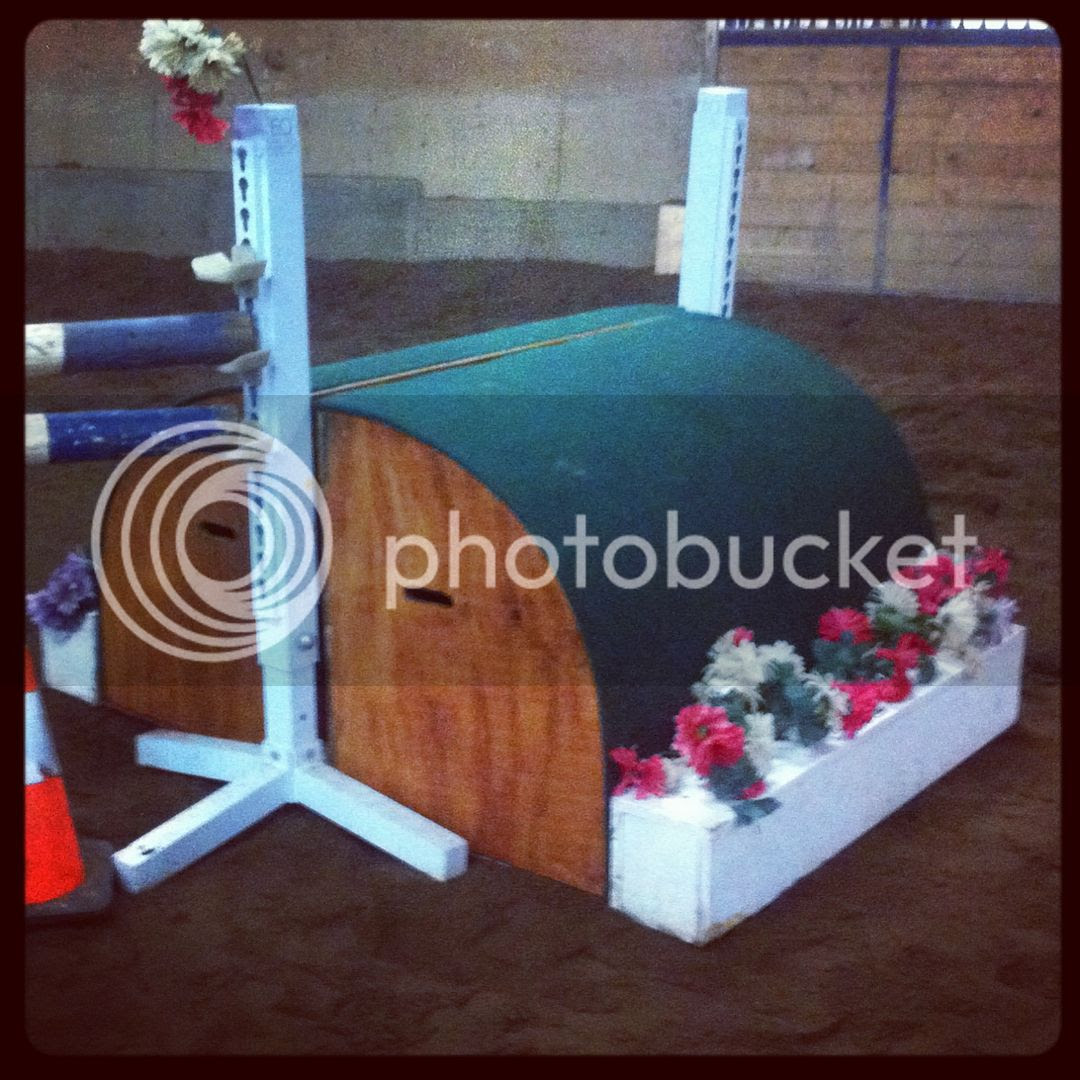 Sunny and I had a few silly issues when we went to jump the roll top, which were mostly me not sitting back on the approach and not riding from the leg and not the hand like I'm supposed to! But I sorted myself out and once Sunny realized that YES we ARE supposed to jump that, she was fabulous. I didn't feel that great about the lesson right after because we did have some not so great moments, but once I got home and watched the video I felt a lot better. Sunny was jumping really well, and there are always going to be some awkward jumps and shitty distances, but you just have to ride through, keep on going and learn from your mistakes!

So that brings us (mostly) up to date! I haven't had much else going on, I work, then go to the barn. Sometimes yoga too. And planning for California!! :D That's pretty much it at the moment!!